WHAT IS FOURSQUARE DISTILLERY?

Foursquare distillery is an award winning family distillery situated in Barbados that can trace it roots back to the 1650's.

The owners of Foursquare Distillery, the Seale family, can trace its roots on Barbados back to the 1650s, and can reference five generations of rum-making expertise dating back to 1820. The establishment of the Foursquare brand, however, came much later. While the family could lay claim to one of Barbados’ oldest trading houses, Reginald Leon Seale was prohibited, like other traders, from selling rum directly to consumers under the Barbados Excise Law. His method around this issue was to establish a distribution business in Bridgetown in the early 1900s - and this was the birth of the R. L. Seale brand.

R. L. Seale was not the only trader who took this course of action, but he was one of the very few successful ones. This prosperity provided the opportunity for expansion, and from 1962 to 1993, the rum portfolios of ESA Field and Alleyne Arthur, including Old Brigand, Taylor's Falernum and Doorly's were acquired. In order for the multiple brands to be effectively consolidated, a decision was made that ESA Field and Old Brigand would focus on the local market, where they had always done well, while Doorly's would become an export brand

This was the state of affairs until 1995 when the company, then led by Sir David Seale, gambled on the purchase of a sugar factory whose oldest building dates back to 1636 and was mostly decrepit. His intuition paid off, however, and that site became Foursquare Distillery, Now, it stands as one of the most efficient and modern rum distilleries around, complete with a state-of-the-art bottling plant on site. The distillery has a three-column vacuum still it uses for lighter rums and a modern pot still for heavier rums, which are always distilled from fermented molasses in small batches (usually 112 barrels) and tropically aged. Its rums are matured in small American white oak ex-Bourbon casks in huge open-sided warehouses, most of which are sourced from an unnamed (but famous) distillery in Lynchburg, Tennessee.

Already an impressive and rising force in the rum world, it would seem that Foursquare is all set to be at forefront of rum production in the foreseeable future, after the brand capped off a fine year when it was named Rum Producer of the Year at the prestigious International Spirits Challenge 2017 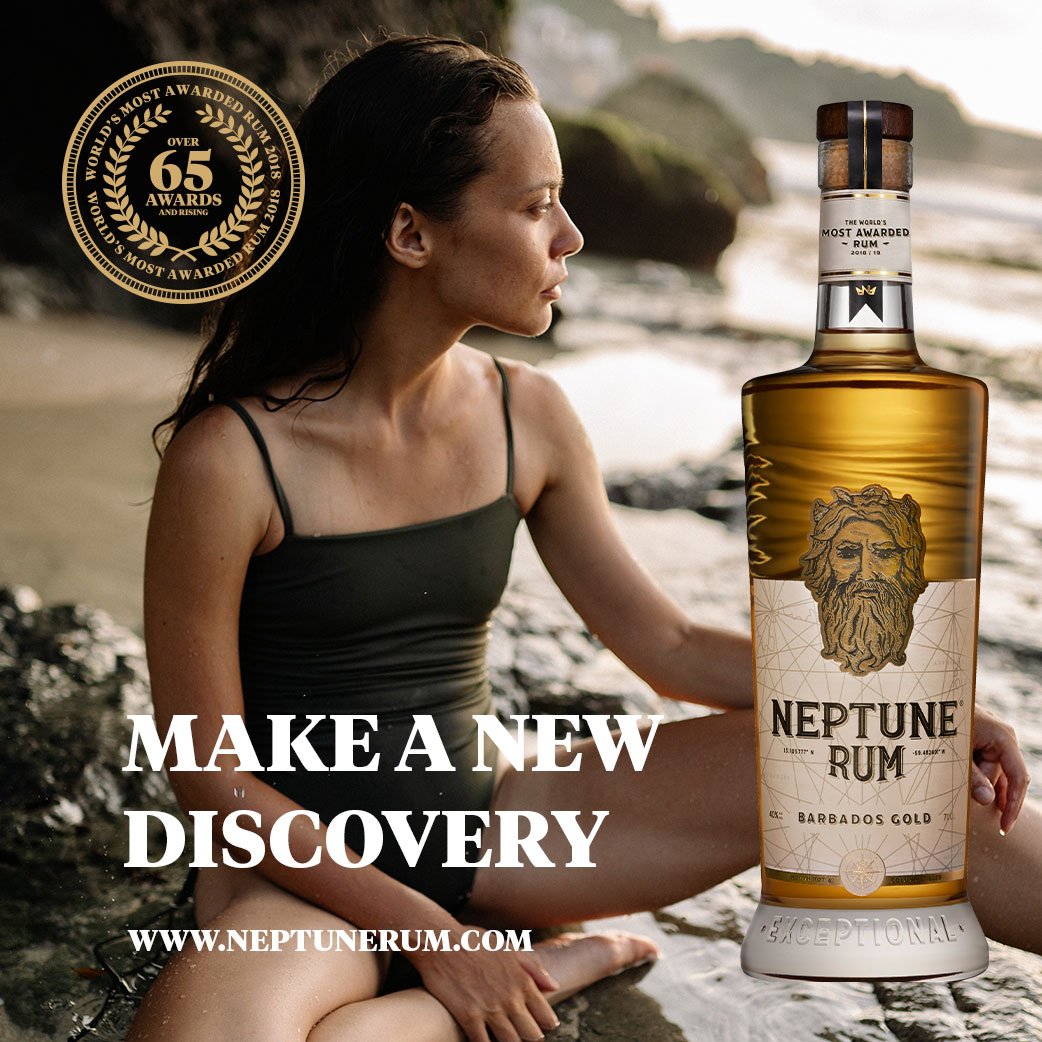 HOW IS NEPTUNE RUM BARBADOS GOLD MADE?