While Neptune is well known for being the Greek God of the Sea, he also rules over horses. At this year's Cheltenham Festival, while we can't be there Neptune Rum is celebrating Gold Cup Day day by giving you the chance to win a bottle of Super-Premium Neptune Rum Barbados Gold.

It's the main event the Cheltenham Festival builds up to every year: the Gold Cup. Run over three miles and two and half furlongs, this famous race is the ultimate test of the best chasers, requiring more speed than the Grand National but still plenty of stamina to make it up that sapping Cheltenham hill. Plus jumping ability to navigate Cheltenham's 22 fences. 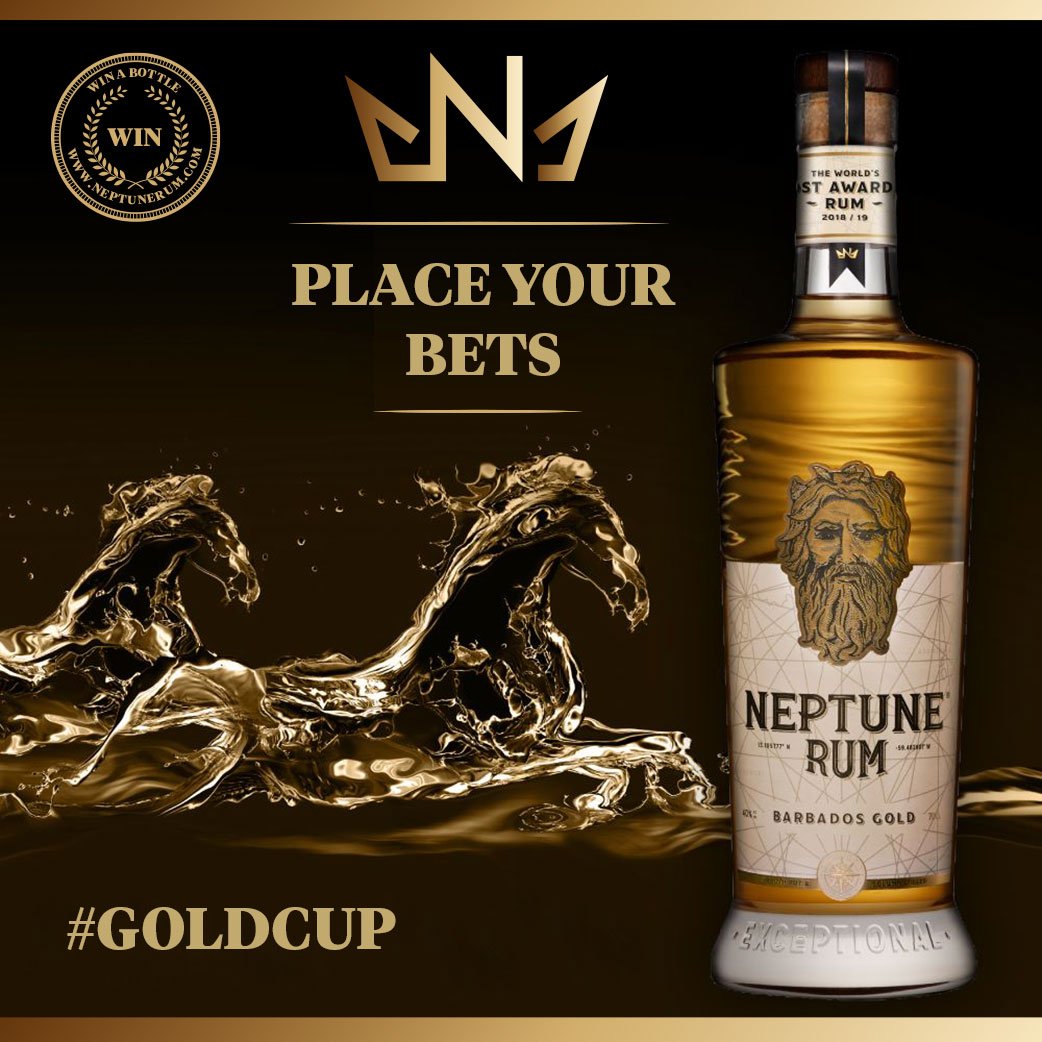 ITV1 will have live coverage fronted by Ed Chamberlin. For the first time ever, ITV will broadcast six of the seven daily races live due to the Festival being staged behind closed doors. The race starts at 15:05 on Friday 19th March 2021.

WHICH HORSES ARE RACING?

The final field will not be confirmed until closer to the race but these are some of the leading contenders we can expect to run are:

Al Boum Photo: The defending champion. Has had just one run this season - at Tramore on New Year's Day - not running at Leopardstown last month, but Mullins said he has got through some "really hard work at home".

Champ: Won the RSA Chase in dramatic style at last season's Festival, coming with a late charge to make up an eight-length deficit from the last. Has been an unreliable jumper in the past, but this department was promisingly strong when finishing second in the Betfair Game Spirit Chase at Newbury. That race is a mile and quarter short than the Gold Cup, so well short of his optimum trip.

A Plus Tard: Won the Christmas feature at Leopardstown, in which he proved his stamina for three miles with a relentless finish to overhaul Kemboy and Melon. Will head straight to Cheltenham without another race.

Royale Pagaille: Three consecutive wins this season, including routing the field by 16 lengths in the Peter Marsh Chase at Haydock. “A lot of people probably have unfinished business with a race like the Gold Cup,” said trainer Venetia Williams. “Anyway, it’s a bit premature to be talking about that race at the moment."

Santini: A doughty stayer but was beaten by both Bristol de Mai and Native River in the most recent outing at Sandown.

Native River: Winner of this race in 2018 and is not wanting for stamina. Will need the race to be run at a stronger pace than it was last year and will be doing a rain dance. Softer ground will suit.

Frodon: A possible entry, inseparable from jockey Bryony Frost. Won the King George at Kempton on Boxing Day, beating stable mates Clan Des Obeaux and Cyrname. Has a Cheltenham Festival win on the CV with the Ryanair Chase in 2019.

Kemboy: Recorded a win in Ireland this season but has disappointed on two previous outings in this race. Unseated rider at the first fence in 2019 and was never fluent when finishing in the middle of the pack last year.

Minella Indo: Irish rival to Al Boum Photo has not shown much in last two outings at Leopardstown but has Festival form. Second to Champ in last year's RSA chase and won the Albert Bartlett over three miles at 50-1 two years ago.

The likes of Cyrname, Samcro, Vinndication and Imperial Aura could also feature but may be lined up for other Cheltenham races.

Entrants must choose a race winner.

Competition entries close at 2:30 PM on Friday 19th March 2021. Three winners will be chosen in total. A winner will be chosen from Blog Form entries, Facebook entries and Instagram entries. Over 18s only. UK applicants only. Drink responsibly.

To enter, simply complete the form below (ticking all boxes).