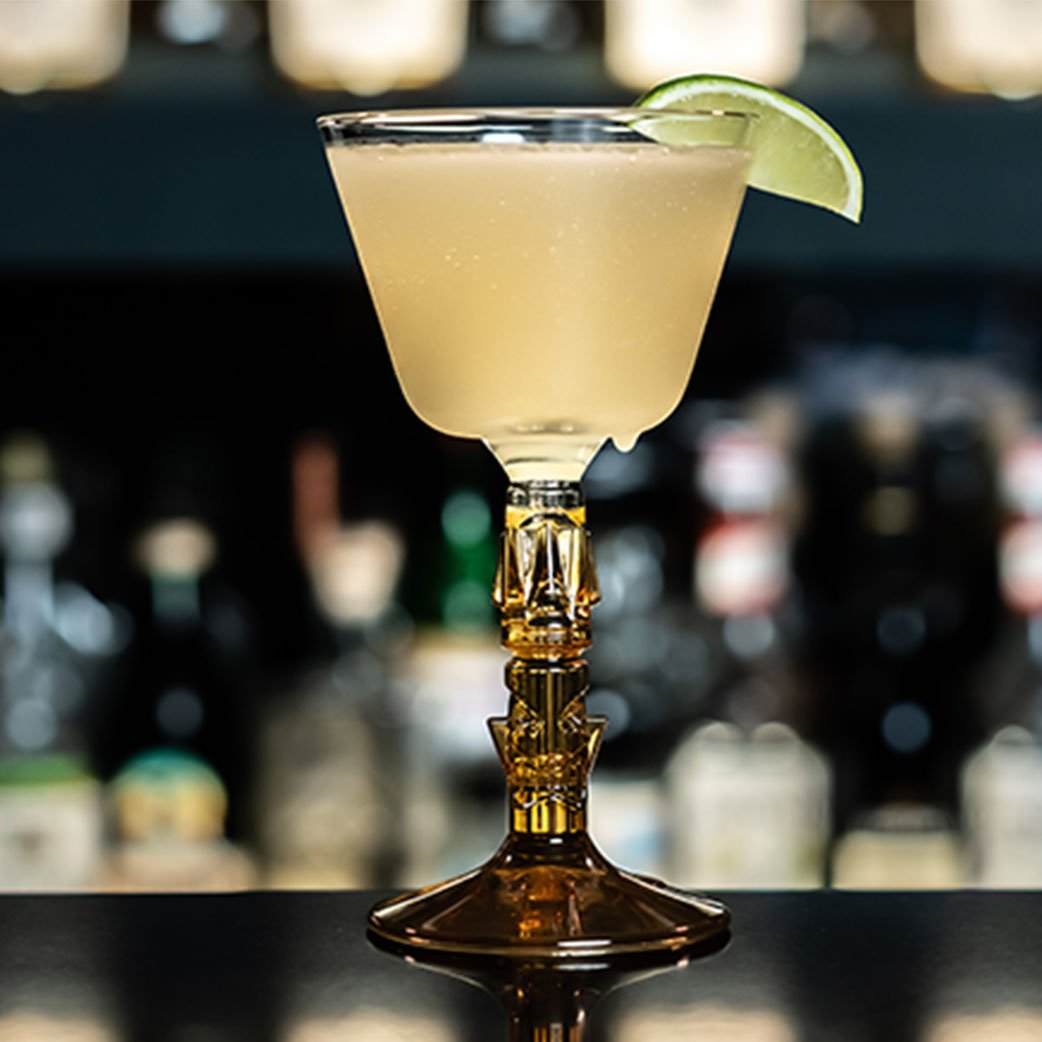 Daiquiri is a family of cocktails whose main ingredients are rum, citrus juice (typically lime), and sugar.

Tasting of sunshine and beaches, it might be hard to believe how the Daiquiri came to be. Back in 1898, men blasted away in the mines of a small community off the coast of Cuba during the Spanish-American War. One American engineer, Jennings Cox, supervised a mining operation located in a village named Daiquiri. Every day after work, Cox and his employees would gather at the Venus bar. Then one day, Cox mixed up Rum, lime, and sugar in a tall glass of ice. He named the new beverage after the Daiquiri mines, and the drink soon became a staple in Havana. Eventually, someone added shaved ice, and sometimes lemons or both lemons and limes were used.

In 1909, Admiral Lucius W. Johnson, a U.S. Navy medical officer, tried Cox’s drink and subsequently introduced it to the Army and Navy Club in Washington, D.C. The popularity of the Daiquiri then increased over the next few decades. Gather your friends and mix up a few Neptune Rum Daiquiris using our recipe.  Post your pictures on social media using #NeptuneRum #NationalDaiquiriDay.