Neptune Rum Caribbean Spiced is delighted to be crowned Silver winners at The World Rum Awards 21  in the contemporary and botanical category.

ABOUT THE WORLD RUM AWARDS

The World Rum Awards are the global awards selecting the very best in all the international recognised styles, award and promote the world’s best rum to consumers and trade across the globe.

The World Drinks Awards select the very best in all internationally recognised styles of drinks. Presented by TheDrinksReport.com, the world’s no.1 online resource for drinks professionals. 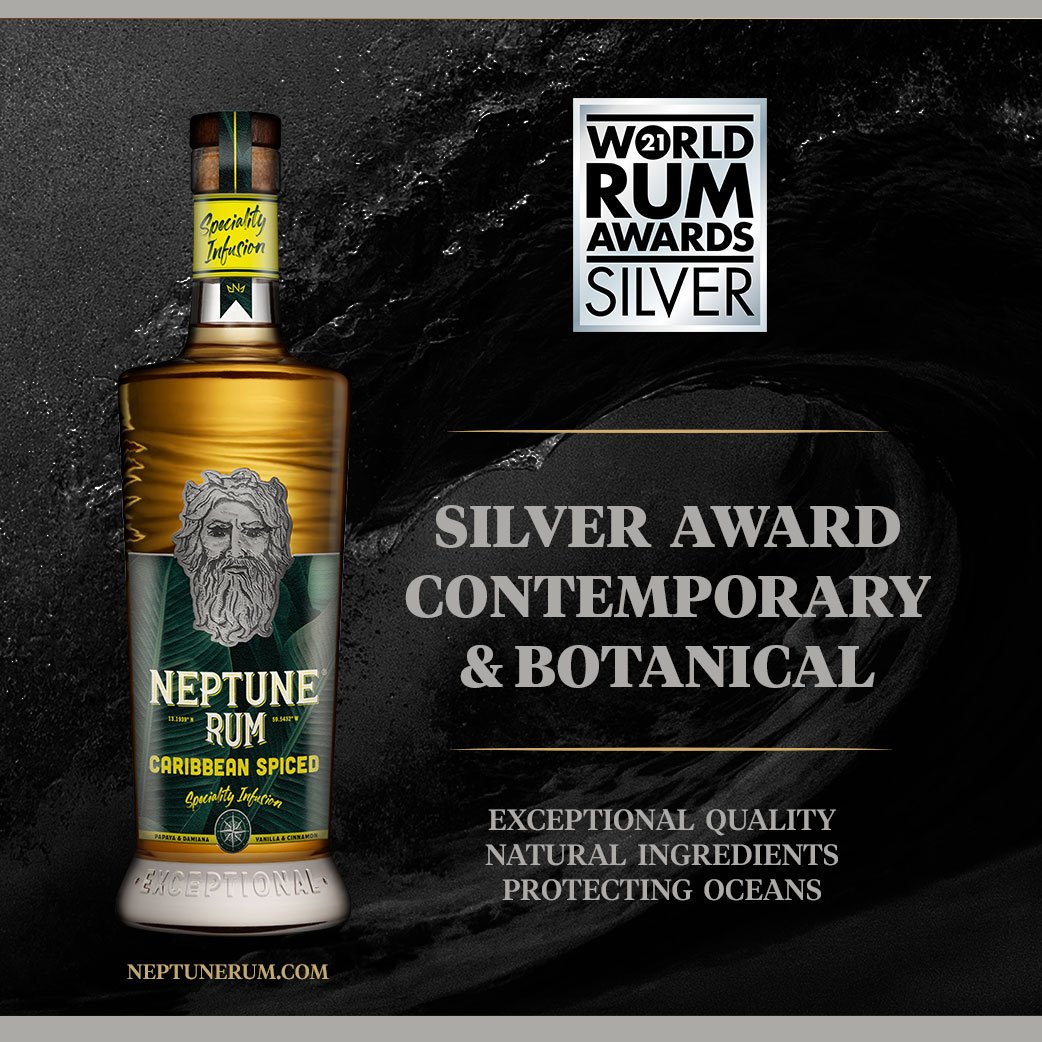 The taste judging is held in three rounds.

Round 1
Each rum is tasted in its relevant style to identify and select the style winners. Judges making up the World rum Awards panel include international, leading journalists, specialist drinks retailers and industry experts.

Round 2
Style winners are tasted against each other to identify the ‘World's Best’ rum in each category.

All DESIGN judging is conducted by a panel of leading international design experts.

Neptune Rum was founded in 2017 in Cheltenham, UK with a focus on producing truly exceptional quality rums. Inspired by the Roman God Neptune, god of water and seas, and with a passion for rum, quality and the world oceans, Neptune Rum was born.

Neptune Rum Barbados Gold was the first rum created, and due to its focus on exceptional quality it soon became the world’s most awarded rum of 2018 and 2019 and earning its place amongst the world’s greatest rums.

Neptune Rum is focussed on sustainably producing the highest quality natural rums and drinks, and supporting the clean-up of the world’s oceans.

WIN IN SPRING WITH NEPTUNE RUM